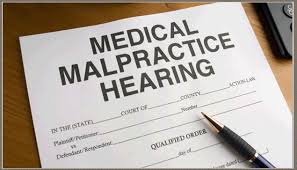 The pulse oximeter, developed by Nellcor and Stanford anesthesiologist William New, M.D., is a device that clips to a patient’s fingertip.  A light-emitting diode shines a red light through the finger, and a sensor on the opposite side of the finger measures the degree of redness in the pulsatile blood flow within the finger.  The more red the color of the blood, the more oxygen is present.  A computer in the pulse oximeter calculates a score, called the oxygen saturation, which is a number from 0-100%.  An oxygen saturation equal to or greater that 90% correlates with a safe amount of oxygen in the arterial blood.  A score of 89% or lower correlates with a dangerously low oxygen level in the blood.

The pulse oximeter monitor enables doctors to know, second-to-second, whether a patient is getting sufficient oxygen.  If the oxygen saturation goes below 90%, doctors will act quickly to diagnose and treat the cause of the low oxygen level.  A patient can usually sustain a short period low oxygen saturation, e.g. up to 2 or 3 minutes, without permanent damage to the brain or cardiac arrest by an oxygen-starved heart.

Specialties with the highest risk of facing malpractice claims are neurosurgery (19.1 percent), thoracic and cardiovascular surgery (18.9 percent) and general surgery (15.3 percent). Specialties with the  lowest risks are family medicine (5.2 percent), pediatrics (3.1 percent) and psychiatry (2.6 percent).  Anesthesiologists rank in the middle of the pack, at 7%.  (Malpractice Risk According to Physician Specialty, Jena, et al, N Engl J Med 2011; 365:629-636.) From 1991 to 2005, this article identified 66 malpractice awards that exceeded $1 million dollars, which accounted for less than 1% of all payments. Obstetrics and gynecology accounted for the most payments (11), followed by pathology (10), anesthesiology (7), and pediatrics (7).

At the American Society of Anesthesiologists (ASA) Annual Meeting in San Diego in October 2015, the following numbers were presented from the National Practitioner Data Bank (presented as abstract A2097):

A take home message is that anesthesia has serious risks, but those risks have decreased significantly in recent years, most likely because of improvements in monitoring and education.  Compared to other specialties, the risk of an anesthesiologist being sued is about average among American medical specialties.

Dr. Nico Antone, an anesthesiologist at Stanford University, is married to Alexandra, a high-powered real estate agent obsessed with money. Their son, Johnny, an 11th-grader with immense potential, struggles to get the grades he’ll need to attend an Ivy League college. After a screaming match with Alexandra, Nico moves himself and Johnny from Palo Alto, California, to his frozen childhood home of Hibbing, Minnesota. The move should help Johnny improve his grades and thus seem more attractive to universities, but Nico loves the freedom from his wife, too.

Hibbing also happens to be the hometown of music icon Bob Dylan. Joining the hospital staff, Nico runs afoul of a grouchy nurse anesthetist calling himself Bobby Dylan, who plays Dylan songs twice a week in a bar called Heaven’s Door. As Nico and Johnny settle in, their lives turn around; they even start dating the gorgeous mother/daughter pair of Lena and Echo Johnson. However, when Johnny accidentally impregnates Echo, the lives of the Hibbing transplants start to implode.

In true page-turner fashion, first-time novelist Novak gets started by killing soulless Alexandra, which accelerates the downfall of his underdog protagonist now accused of murder. Dialogue is pitch-perfect, and the insults hurled between Nico and his wife are as hilarious as they are hurtful: “Are you my husband, Nico? Or my dependent?” The author’s medical expertise proves central to the plot, and there are a few grisly moments, as when “dark blood percolated” from a patient’s nostrils “like coffee grounds.” Bob Dylan details add quirkiness to what might otherwise be a chilly revenge tale; we’re told, for instance, that Dylan taught “every singer with a less-than-perfect voice…how to sneer and twist off syllables.” Courtroom scenes toward the end crackle with energy, though one scene involving a snowmobile ties up a certain plot thread too neatly. By the end, Nico has rolled with a great many punches.

2 thoughts on “DO ANESTHESIOLOGISTS HAVE THE HIGHEST MALPRACTICE INSURANCE RATES?”